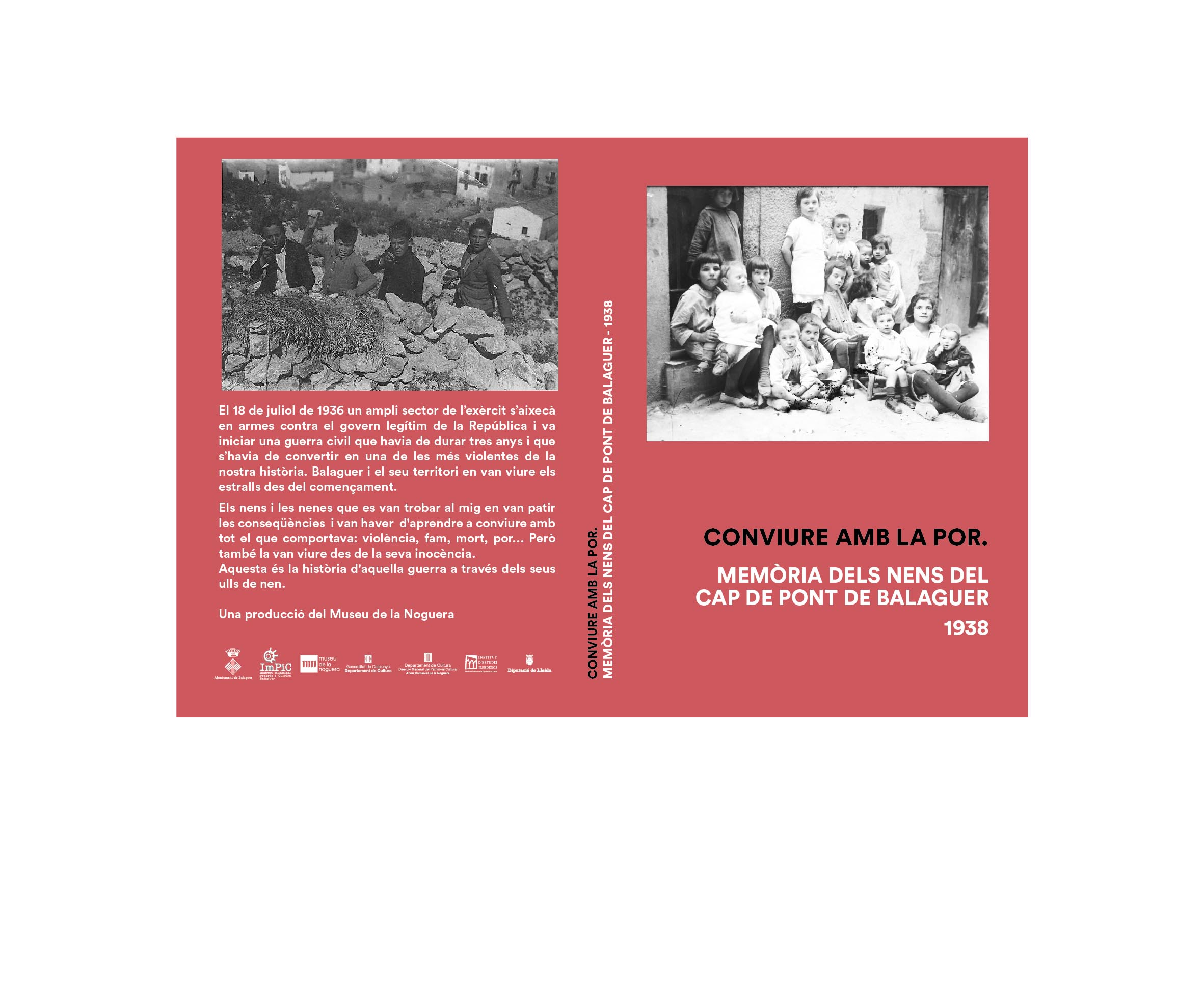 "Conviure amb la por. Memòria dels nens del Cap de Pont de Balaguer (1938) is a documentary made by the Museu de la Noguera and produced by Balaguer TV, where children are seen who suffered the effects of the Spanish Civil War in the area of ​​Cap de Pont de Balaguer in 1938 and that now they are people of more than 80 years.
For the realization of the documentary, the museum interviewed 28 people from Balaguer, La Sentiu de Sió, Bellcaire d'Urgell, Camarasa, Vallfogona de Balaguer and La Ràpita, who explained their most personal memories of the war and who filled more than one hundred hours of recording. What was sought in the recording of these recordings were just the memories of the children, the experience of the warlike conflict on the part of the children. The result has been a documentary that offers another vision of the war, that of boys and girls, in one of the areas that suffered most from the violence of the fighting, the strip that formed the head of the bridge of Balaguer. Beyond the warlike conflict, however, the eyes of children allow us to take another look at the war, and to understand it from the children's perspective. This is definitely an intriguing, sensitive and very emotional documentary. A small homage that the Noguera Museum makes to the godfathers and godfathers who had to live the war and that should allow reflection on what the war meant for a population as fragile as their childhood.
The recordings were made in the people of origin of the people interviewed, in some cases in the schools of the populations, in order to link the childhood of the witnesses with a space of the current children.

You can buy this book in the MUSEUM'S SHOP